It all started in November at my book club.  My book club, by the way, is made up of some of the most AMAZING women I have ever met.  My friend, who happens to be an intuitive healer, talked a little about her spiritual journey.  She talked of some Kundalini exercise - where if you do it a certain ridiculous number of times, you will get a major spiritual experience.  Of course, I promptly started to practice it.  She told me that I should NOT do it.  She said that there was a good chance I wouldn't be able to handle it.  I was like: "PSHHHH!  You think that is going to stop me?  I am TOTALLY doing it!"


SO, I did the exercise.  I did it that night. I did it the next morning.  I tried to google how to do it properly, but without the name of it- google couldn't help me.  (If you are curious, the exercise involves doing kegels, tightening your butt muscles, and pulling up your stomach muscles at the same time.)

However, as the universe would have it, there was a full moon that next night and I happened to have a Full Moon Kundalini yoga class!  And would you believe that we did THAT very exercise for most of the session. I did not have an experience that night - nor the next.

But when my moon time came around again in December (which happened to be the 21st anniversary of my monthly cycle), I was a WRECK.  Now, let me tell you, depression is no stranger to me.  I experience it pretty much every month with my period.  I get sad or mad or just irritable.  I go off in anger, or I may cry at nothing.  I have recently learned that I get depressed when blocks are trying to surface, but I push them down.  I have been getting some energy work done (mostly Reiki) to help me release them.  And it works really well.

I got energy work done several times, but it wouldn't last.

I hit rock bottom on December 17.  I left my house in a RAGE after arguing with my husband.  It was super cold, I did not have a jacket, and I live in the hood (I am usually too scared to run down the street in the daylight).  However, it was well past midnight and I just COULD NOT be in the house with him anymore.   He chased after me and brought me back in (my kids were staying with grandparents).  I remember looking up in my psychotic state and seeing the full moon, and thinking "Is this real?"  Because people going crazy on the full moon is SUCH a cliche...

Anyway, I wanted to DIE.  So, I started thinking of ways that I could do it.

1.) Gun?  No, too messy: I didn't want my family to find me dead AND bloody.
2.) Hanging? Do you know how hard it is to find something in the ceiling that can support your weight?  Really, Really hard. Also, it will hurt.  I yanked something around my neck to test it.  Umm, no - I am trying to alleviate pain, thank you very much.
3.) Jumping off something really high.  That is just for people wanting attention.  I am not trying to hold up traffic.
4.) Finally, I had an epiphany!  I could die from car exhaust!  It was such a calm and clean way of dying.  People die from that without even knowing! And no blood!

Once I figured out a way, I had to figure out when. I knew I couldn't do it with my family home.  I didn't want them to die, too.  So, maybe the next time I took the kids to school and my husband was at work, I could just come home and do it.

When I had that thought, I knew it was only a matter of time.  I knew that it would mess my family and friends up.  I have heard the stories of people's lives after someone close to them committed suicide.  It would be AWFUL.  But at the same time, I was tired... so very tired.  It was like being sleepy on the road at night.  You don't want to fall asleep - but it's inevitable...

So, I told my mom.  She TOTALLY (understandably) freaked out.  Almost had me committed. But the hospital would have definitely forced me to take drugs.  In the back (waaaaay back) of my mind I knew that I had asked for this.  I had BEGGED for a breakthrough.  I just didn't know I would have to have a breakDOWN first.  So, I agreed to stay by my husband's side until I could see a therapist.

By the way, it is extremely hard to get help for people wanting to commit suicide.  I called the national suicide hotline number and they had me on hold for several minutes (both times I called) - so I hung up.  I called every therapist I could find online and NO one was available.   My husband took me to a mental hospital for emergency care - but my only options were to either 1.) commit myself for at least 3 days or 2.) the doctor would commit me for as long as deemed necessary. So, I didn't even fill out the paperwork.

I DID finally have my *spiritual* experience.  During one morning after all the drama, E and I were eating at the Flying Biscuit and I had the epiphany: "I need to stop judging my thoughts".  In Christianity, I was taught to "guard my thoughts, guard my heart".  I was taught that even a bad thought was a sin - so to prevent myself from *sinning*, I judged all my thoughts harshly.  Does this thought lead to success?  Is this a good thought? Is this a bad one?  How could I EVER listen to my intuition if I never shut up the guard dog that was constantly barking?????  Duh!

I felt like my crown chakra opened all the way and like I was floating for about 5 minutes.  It was pretty awesome.  Not the fireworks I was expecting, but pretty memorable, anyway.  After that, I have been finding and pulling up blocks left and right.  AND I had a very productive conversation with my higher self.  (more on that here!)

Also, one of the moms at my kids' school is a psychotherapist.  And she got me in contact with another psychotherapist (actually, several - but I picked Greta because she is a life coach and she is close!).  It has been working out great.  Greta is not fully convinced that I have *cured* my depression.  But I am not worried at all. I am sure I will get sad or mad or irritable again (I have already, actually).  I still have plenty of blocks, I'm sure.  However, now I have tools to help me navigate them- before they get pushed down and turn into depression.

I finally feel like my head is clear(er).  It's almost like I had a cloud over my head for my entire life, and now it's dispersed!  What a wonderful, FREEING feeling!  And without medication!

What if everyone with depression really just had blocks that need to be removed...? 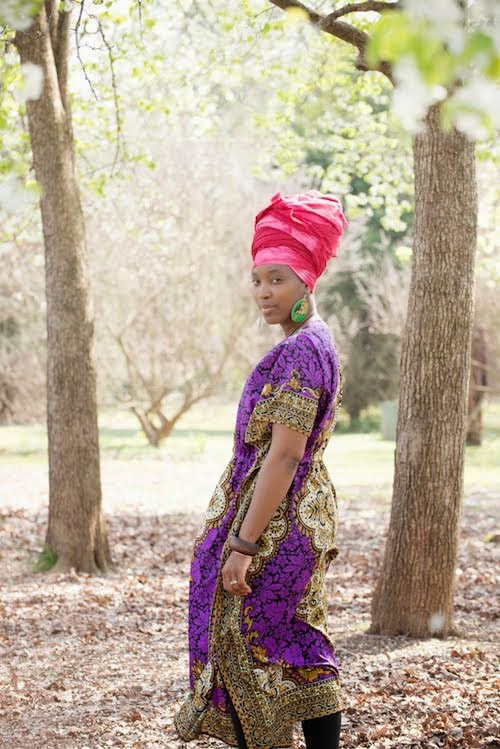 A fox can only lead their prey
Into spaces where they long to stay.

So if it's darkness that you see
Look within friend, and not at me.

I am a mirror for your heart
To look at me is to know your start.

My medicine is sour tis true
But trust me friend it's good for you.